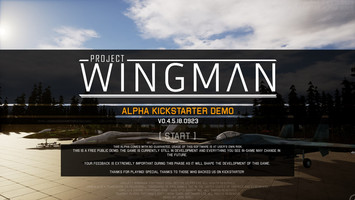 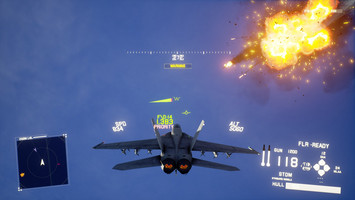 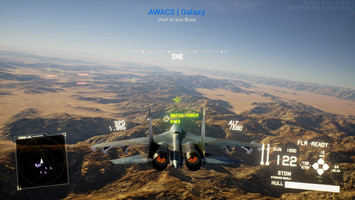 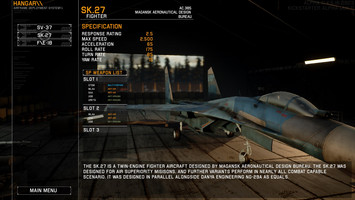 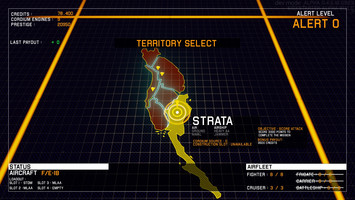 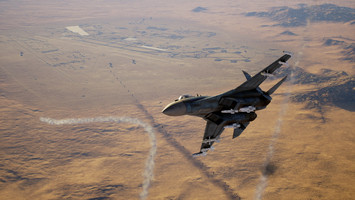 Hey everyone it's been a while!

A new patch for the Project Wingman alpha demo is here! This will be the final update to the demo as now we need to fully focus on the 1.0 release of the game.

This update mostly contains QoL and Bugfixes submitted by the community. I've made sure that there is nothing gamebreaking in the demo but if there are any bugs be sure to let us know about it!

Allied on enemy kills now net the player 40% of the original enemy kill reward. It certainly makes sense especially with the introduction of Conquest mode where money means everything. A new column has also been introduced in the Scenario debriefing screen to accomodate for all the kills your allies has done.

Hit detection on the airship has been significantly improved. Now missiles and gunshots that should hit airship components will actually hit the components instead of hitting the airship hull. The old hit detection method wasn't suitable for components with multiple collision nodes so close in proximity to each other. So the missile and cannon hit detection has been slightly altered to accommodate the new requirements the weapons need now.

The radar has received a bit of a facelift and functionality improvements! Now the radar zooms appropriately depending on the distance of the player to the target.  It's not final yet as the UI as a whole could still go through a few iterations to improve its look.

A small little change yet in my opinion adds so much to the overall feel to the game. Enemy Fighter jets now can fire their guns, so be careful when going head on with the enemy!

Added a few more options such as Mouse Controls (Still Experimental) in the Controls section and Preferred Camera view in the Gameplay section.

Various changes to the balance in Conquest mode has been implemented to reduce the difficulty spike within the game mode. That being said the gamemode is still quite difficult, but it should feel much fairer than the previous iteration of the gamemode. Please check it out! The final boss encounter has also been changed slightly so let me know how that goes!

The hangar has received a few layout improvements along with homogenization of the UI between the default hangar and Conquest hangar. This should make the whole interface more consistent and more intuitive as now they both use the same look and functionality.

As usual, I hope it meets your expectations! Please send your feedback through the channels we've described in the Project description page.

Gameplay:
-Fixed cannon hit detection radius on water.
-Enemy railguns now show a charge up animation before firing.
-Slowed railgun projectile.
-Fixed projectiles not colliding with instanced static meshes.
-AI Aircraft can now shoot their cannons at their target.
-Fixed hit detection on airship VLS/SAM to be much more accurate with the model appearance.
-Allied kills now nets 40% of the original score reward.
-Added UI warning when the player gets near the map limits.
-I/A-52 HP increased from 70->75

Conquest:
-Adjusted map lighting on all areas to be more consistent with the rest of the game.
-Removed ominous black circle in some conquest maps.
-Conquest cursor now remains in the same location after and before sortie.
-Increased fighter count at lower alert levels to reduce loiter times.
-Conquest no longer spawns random AA facilities throughout the map as it adds too much targetting noise for players.
-Revised Conquest final boss fight.

Chainlink:
-Adjusted the lighting to be more consistent with the rest of the game.

Clear Skies:
-Adjusted the lighting to be more consistent with the rest of the game.

Operation Blackout:
-Adjusted the lighting to be more consistent with the rest of the game.
-Fixed collision profiles on the power lines near the transformers to no longer block missiles.
-Fixed collision profiles on the power poles so that collision is now enabled for both players and projectiles.
-Overhauled the appearance of the forward base facility.
-Overhauled Oil Silo/Tanks to include destroyed models.

Hangar :
-During loadout selection, the camera now remains static in front of the Aircraft. The camera can still be freely moved by toggling free camera mode.
-Overhauled Conquest hangar to use the same hangar/loadout selection as Scenarios.
-Added missing SV 37 picture on hangar screen.
-Hangar now shows weapon compability list on each aircraft.
-Weapon listing is now separated into category onto what they are effective against.
-Readjusted the placements of a few UI elements in the hangar to be less intrusive.

UI:
-Adjusted on which elements gets shown and hidden in cockpit minimalist mode.
-Fixed rebinding UI that would occasionally show more sections than it should.
-Revised the cockpit pitch ladder appearance to show more clearly on positive and negative pitch.
-Revised radar UI appearance.
-The radar now zooms in and out depending on the distance of selected target for better visibility and awareness.
-Added grids onto the radar overlay for situational awareness.
-Adjusted the opacity of friendly units on radar to be not as opaque.
-Fixed inverted X and Y view axis in calibration view.
-Fixed Target indicators to be consistent in size no matter the field of view.
-Added preferred camera view.
-The game now remembers which camera view was used last.
-Adjusted the credits scene.
-Resolution scale now rounds to the nearest whole number.
-Fixed kill log not removing itself properly.
-Water splashes and heat haze no longer distorts the UI.

Audio:
-Lowered STDM lockon tone volume.
-Fixed Stall sound persisting on death.
-Fixed where audio effects did not play during a cloud dive in some camera views.
-Normalized some audio that were too loud or too quiet.
-Fixed some subtitle mismatch.
-Added gun hit sound on player.
-Added projectile whizz sound when it flies near the player.

Conquest:
-The mouse now moves the Conquest overworld cursor regardless of keybindings.
-Fixed the timer not going up when HUD is hidden.

Controls:
-Fixed an Issue where it would occasionally unbind everything unless the user presses "RESET" button.

Gameplay:
-Fixed an issue where pausing and unpausing the game would cause a split second camera jitter.
-Fixed an issue where Airship collision doesn't work properly on the player aircraft.
-Fixed missile hit detection on airships where sometimes it would simply pass through or miss on shots that should hit.

Targeting system:
-Fixed an issue where the targeting system would bias something that is closer to the player (despite being behind them) rather than what's in front of the player.
-Fixed a sticky targeting issue where sometimes it would target the same thing despite having other units in the area to target.