A downloadable game for Windows

The current latest version is 0.4.5

Keep in mind that the demo is still in an early state.

Everything may change as the game goes further into development.

Project Wingman is an independently developed combat flight action game to be released on PC with an emphasis on fun and refined gameplay, true-to-its-roots inspirations, and an engaging single player experience.

Perfect for those who aren't looking for a simulator experience with the ease of pick up and play, all the way to those who want a fast-paced challenging flight action game.

Full changelog will be posted on the Development Log below.

Any feedback can either go to :

Thank you for all your support!

I hope it meets your expectations.

It requires a 64bit machine with atleast DX11 capabilities.

The game runs on Unreal Engine 4

can u play this on controller?

It burns my poor computer

I have no money so I play demo

Just so you guys know its out on steam

i need to turn down the graphics a bit but so far I am liking it. reminds me of ace combat

Probably late to the party but I love this game so far. Good mechanics and I LOVE the dog fighting

It had a full release least year. You can find it on steam.

this is a nice game

HAT Switch is completely unrecognized by the game, any solution? (using T16000M)

Do I have to pay for it on steam even though I already paid for it on here?

So, will we get steam key after game release?

Send an email with the email you used to donate to wingmangamedev@gmail.com
We'll hook you up with a Steam key.

So, will we get steam key after game release?

Does it have a multiplayer component and, if not, is one planned?

Finally...after years of disappointment, Project Wingman will be released on December 1st! Hopefully it will be worth the wait.

60 FPS on medium to high settings on my setup, guys. Due to this, I think I'm getting it once it comes out for real.

The demo is promising, but for me, the game keeps crashing whenever I try to run a demo level, even when I set the graphics settings as low as they can go.

I'm Looking forward to the full game. I'm excited for what story you came up with and wonder if you're going to have an enemy ace though out the campaign. I see heavy inspiration from Ace Combat while making it your own game. All in all I'm sure to get it and look forward to flying either the F-14 or F-15.

Brilliant fun, just what i was looking for, and i look forward to the full development, good luck raising the rest of the funds that you still need guys, full respect to you all who are working on this.

so far that i have played, which obviously is the demo lol, it works just fine, after i worked out how to set up the controls to work just with the keyboard, the graphics are wonderful and the action on the aircrafts are great, im finding the 3 quite easy to fly too.

again im rubbing my hand whilst waiting for it to be published, and will be tracking it...

Reply
the sandwich man2 years ago

With the addition of Humble Games coming on board and picking up the slack, I'm actually (somewhat) hopeful that Project Wingman will finally be released "this summer". That's about the best news I've heard yet. So now we wait...again.

Wow ...... Guys Salute you. Game is awesome, and it’s just an Alpha demo. Can’t wait to see the game in final build. Controls setting are really good and hope to see more options in final build.

i though this was supposed to be VR supported?

The 0.4.5 Demo is very old, and was built right before the VR update. VR is going to be in the final build.

Hi ! Thanks for the reply ! I found your game from a video review for VR titles and was suprised as the reviewer made it sound like he had played the game in VR already ! Looking forward to it :)

Uh, it's not my game. It's RB-D2's. I'm just following into his development pretty deep.

I suggest you join his Discord server for more weekly/monthly updates.

It's right up there in RB-D2's Project Wingman main page.

@tuomaspap I am the reviewer you may be mentioning. I played the game in VR using pc tools that simulated VR. Its not as good as the real thing but it was very close.

This demo is amazing for a demo. But, there are some things that I don't like. All of this is my personal opinion so just take it lightly. It doesn't mean that the game is bad or anything. The first thing that I don't like is there is no high g maneuver and post-stall maneuver. This makes the planes feel more sluggish, made the gameplay slower, and less fun. The second thing is that the clouds are not as good as Ace Combat 7. I feel that the clouds are there just for aesthetics and don't have a gameplay purpose like in Ace Combat 7.  The clouds also feel bland because of the small size and not as fluffy as the one on Ace Combat 7. The last thing is the graphics. The graphics are not bad but the colors are just too warm for my taste. Also, the plane texture of this game is very flat with no details. There are no decals or markings or even emblems.

Please note that I am kinda new on this  jet combat arcade kind of games. My first game of this genre is Ace Combat 7. But, I play war thunder, FSX, X-Plane, and all kind of flight simulator except DCS because I am too lazy to learn how each planes works and I don't have a HOTAS, I play with my PS4 controller.

In conclution, I still going to prefer Ace Combat 7 over this game. But hey, it is just a demo and a very old one so.... I don't know how will the released game will be. I  hope that the story mode is going to be as good as Ace Combat 7. The biggest dealbreaker for me is that there is no high G maneuver and post stall maneuver. So I hope they will add it to the final game.

High-G/Post-Stall Maneuvers are confirmed to be in the final build half a year ago. Much of its updates are announced on the Project Wingman Discord.

Also, if you love Ace Combat 7 so much, I suggest you play all of the previous games (except Assault Horizon, Advance, Northern Wings, & Cross Rumble/Assault Horizon Legacy). Despite being the pinnacle of AC gameplay, AC7 leaves out a lot of older features that were good (massive battles in AC6, Wingman command in AC5 & Z, Wide selection of planes in AC5, etc.).

Also, AC7 has probably one of the weakest story in the series--due to its multiple change of project leads & an eventual rush in development (very evident in the Strider part of the story). Only AC6 has similar issues narratively. No doubt if Wingman sticks to its Mercenaries-type story, it'll do far better.

Nice!
I am currently playing ace combat 4. I also have ace combat 5 ready. But... there are also no post stall maneuvers and high g turn on 4 :(

High-G exists only on 6 onwards, while Post-Stall exist on Assault Horizon (scripted) and 7 only.

That said, at least you can experience how AC originally plays out. Despite it feeling mechanically outdated, there are some minor details in its mechanism that AC7 purposely downgraded to entice AC7 players into fully using High-G, guided weaponry, & plane modifications.

Once you finish the PS2 trilogy, don't forget to check out the original PS1 trilogy too. Despite not having SP Weapons there, I guarantee you'll feel more sense of speed & a less Hollywood approach of storytelling in there--something we may see a return with RB-D2's Wingman.

will it be free ?

I don't think so, but won't have a expensive price, that I can be sure.

I love the game. Beautiful graphics, fun gamepla. I honestly like it more than Ace Combat. All I want from it now is to be able to play with the F16.

The lovely Viper is so under-appreciated in 2010s Ace Combat installments, that it now serves the same role as the old Tigers & Phantoms.

It's an Arcade Flight game, not really a simulator.

Any VR in the works? 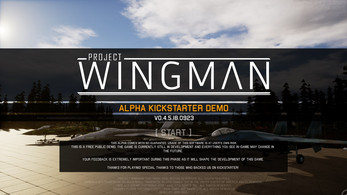 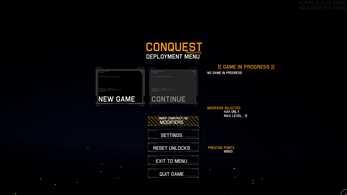 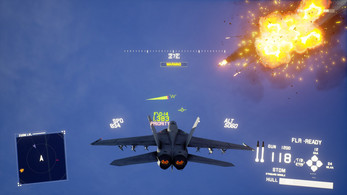 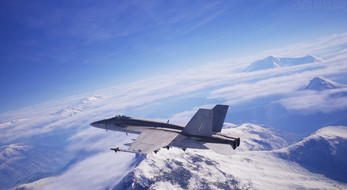 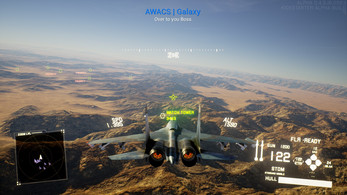 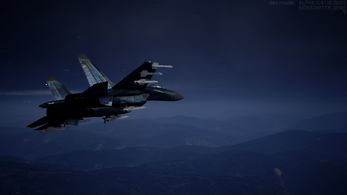 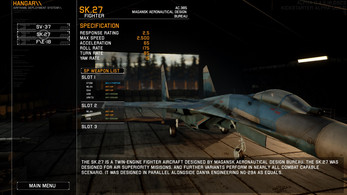 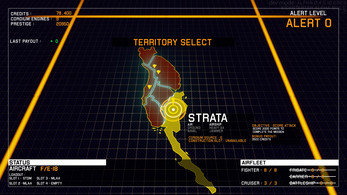 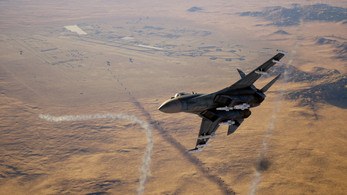